How to develop your message for campaigns targeting your personas

Transcripts are available under the videos

In this unit, we’re going to talk about how you need to develop messages that speak to your personas. What we don’t want to do is get the message wrong. Now look, I know we’ve, you know, used a little bit of translation here and called it water salad, but, and you know, and I’m sure it’s not that, it’s fruit flavoured water, I’m sure would be the translation or something to that effect.

But how important it is to make sure that your message is not lost in translation. It’s really, really valid. I want you to watch that video that’s down underneath this one that talks about how you can, how the words that you use can completely change the message that people are hearing from you. Some of you may have heard of this story or watched this video. If you have, still do this as a reminder to reinforce how important words are in your key marketing messages.

One of the tools that you can use in order to determine some marketing messages are the layers of what we call peel the onion. So when we peel the onion, what we need to be talking to when we talk to our personas is actually what drives and motivates them. What motivates them to purchase a ticket, to book into a workshop? What’s actually the driving factors here? Some of you may have heard of the ice berg theory, similar process. What we do when we talk about the first layer and that is people’s actions, we’re not really speaking deeply enough. We’re just talking about things that they do.

Now, if it’s about changing somebody’s actions, in order to change somebody’s actions, you need to actually go back further and change the trigger that makes them take that action. So you can see how, if we’re just talking about an action word, an action example might be buy a ticket, whoop di do. Oh here’s one, we hear it all the time, “like us on Facebook.” Why? See, it doesn’t do anything, it doesn’t drive behaviour, something again, Simon Sinek referred to in that video. If we look at the second layer, which is responses, what are their responses to what you’re offering? So again, their response might be, “yeah, that sounds interesting”, or “yeah, I wouldn’t mind going to that”, but it still doesn’t drive behaviour. It still doesn’t drive them to purchase a ticket or to book in for a workshop or a service.

The third layer is the language that they’re using and this is really, really important for you to understand. It’s things that you would want to uncover when you’re doing persona research. So what language are they using? The language that they’re using is an indicator around what some of the key marketing messages might be or what some of the objections are that you need to overcome. So an example, and I gave you one there earlier, like “that sounds interesting,” “yeah, I wouldn’t mind going to that,” is that what normal language do they use when they’re faced with an ad from you? What’s the language that they might use when they’re asked to do something? Buy a ticket, “oh, I’m not going to be here.” That’s an objection that you can address by giving them another offer. So think about the fourth layer of feelings and the fifth layer of deep emotions. This is really when we start to get to behaviour that drives decisions. How do they feel about your cause? How do they feel about that event? These are things that we need to know and understand in order to reframe that in a marketing message.

If we know that they feel good about their contribution to homeless people, then that’s what we talk about. We talk about how much that amount of money has impacted that individual, or those individuals, or that organisation and what they’re able to do in order to help those individuals. And then we have those deep emotions that drive decisions and above all, that is how do they, at that emotive heart level, how do they feel? How committed and passionate are they about what you’re offering? And again, understanding the language that they use when they think about their feelings and their deep emotions will help you drive key marketing messages.

When you think about marketing messages, you also need to think about copywriting. You know, copywriting is one way that helps drive decisions, purchasing decisions or commitment decisions. If you want an example of what I mean by copywriting, turn on the shopping channel. That is copywriting galore. And actually, have a look at these five copywriting steps.

If you’re wanting somebody to convert to a decision and to donate now, or to buy a ticket now, consider the use of copywriting and how you might take them through these stages. Okay, so it might be show the problem of homelessness, exacerbate the problem, then think about how are you going to show the solution and what you’re offering and what’s your point of difference, how you’re different to every other organisation that’s looking to get money to homelessness and then what is the call to action, what do you want them to do? It’s so important that you tell them, don’t leave it up to them to decide. Tell them what you want them to do.

When you think about key messages, when you think about, particularly, digital engagement, there are four ways that you can increase audience engagement. Have key messages that connect them with your purpose, that connect them as a donor with the outcome. Have key messages that delight them, that say thank you, individually, to them for giving you funding, that help entertain them and entertaining them, that’s the funnies, of course.

For some, you might call them the cat or the dog videos. But how can you actually entertain them? Entertaining them, what this is about is connecting with them emotively. It’s either a, “Oh my gosh, that has really hit home. “That’s amazing, that homeless person “and the relationship they have with their dog.” Or it could be through laughter. Okay, so think about the different ways to entertain them on an emotive level.

Watch our two not-for-profit experts and learn what social impact is and how to identify the difference you make.

How to Create an Annual Communications Plan [Course]

Learn how to create content that will engage and connect with your organisation’s community. 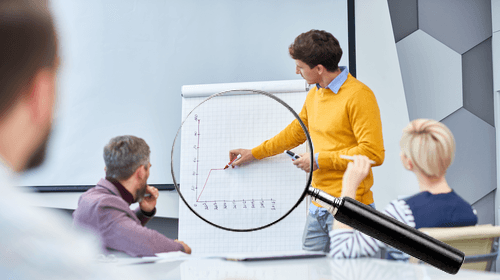 Why Focus on Marketing 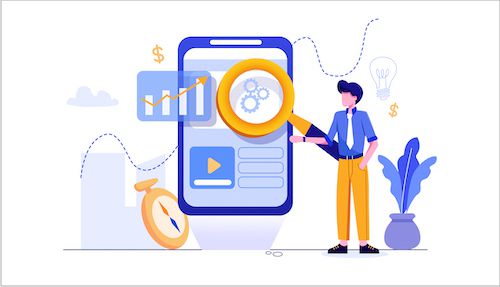 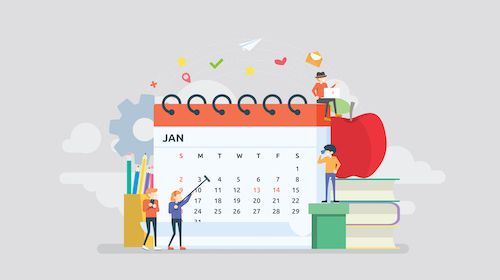 How you can maintain your marketing momentum with this template 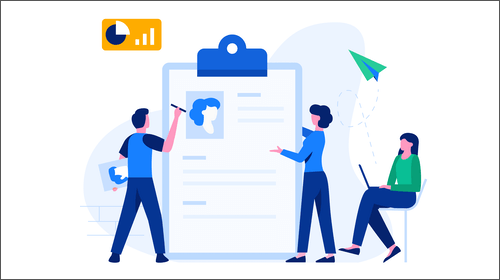 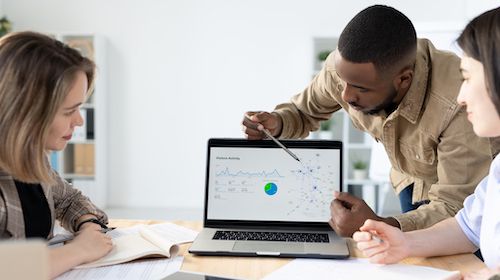 Why monitoring your online activities will retarget your message 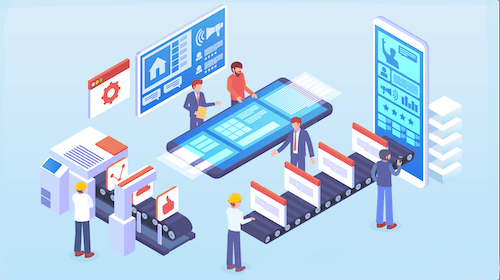 Why you should design digital marketing content for each platform 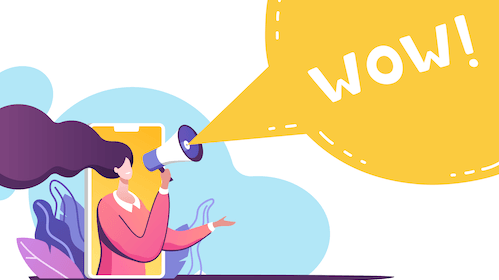 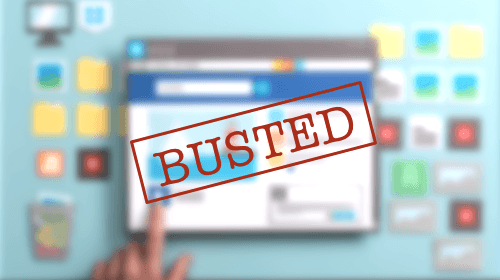 Social Media is fabulous – or is it? Delve into the myths and truths of social media. 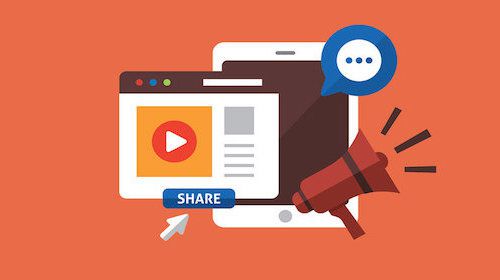 Why you Need Digital Storytelling to get Your Marketing Message Heard

Why you need digital storytelling to get your marketing message heard 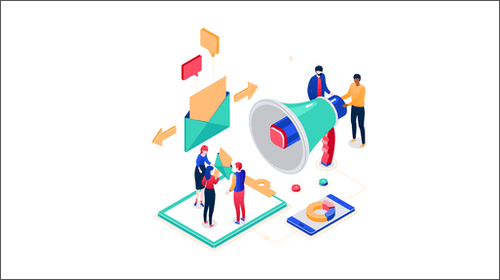 How to Develop Meaning in Your Marketing Messages

Why sharing the story of your community impact is important 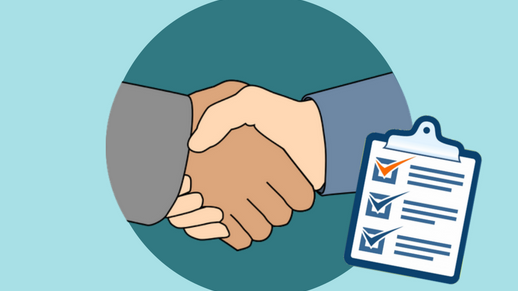 If you don’t have a communication plan for your stakeholders you could lose funding; support and future opportunities. 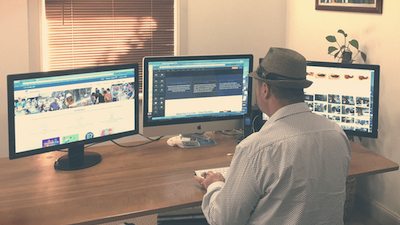 The Ultimate Guide to Choosing a Web Designer [Course]

There are so many websites designers to choose from now, but how do you know if the web designer is delivering a quality site? This course explains all of the requirements for managing a website build. 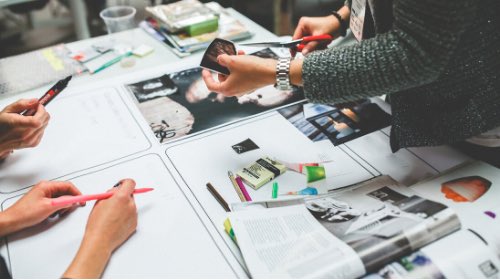 7 Steps to Marketing Your Organisation [Course]

Read More →
Save to 'My Bookmarks'